Protesters on May 26 at 38th Street and S. Chicago Avenue in Minneapolis, Minnesota, where George Floyd died. (Lorie Shaull/Flickr)


Content warning: This story depicts death, which may be troubling to some readers.

Several minutes into the off-protocol kneeling, Floyd said, “I’m about to die.”

Five minutes and 53 seconds in, Floyd went limp and unresponsive.

Bystanders said, “you’re killing him.” Chauvin remained on Floyd’s throat for another two minutes and 43 seconds.

Medical aid arrived. Floyd was pronounced dead at the hospital that evening. 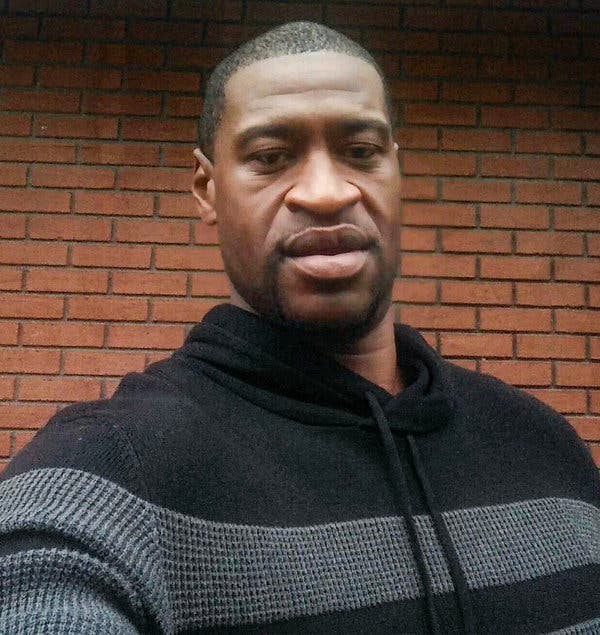 Chauvin was arrested by the Minnesota Bureau of Criminal Apprehension on third-degree murder and second-degree manslaughter charges Friday — four days after he killed Floyd, whom he had previously worked with on security at a nightclub for 17 years. The Minneapolis Police Department fired him alongside Thomas Lane, Tou Thao and J. Alexander Kueng: ex-officers also under investigation for pinning Floyd to the ground.

Floyd’s death was called reminiscent of the 2014 death of Eric Garner, who was suffocated by former Staten Island police officer Daniel Pantaleo. (Pantaleo was fired five years later after an internal investigation into his use of a chokehold; he was never criminally charged.) Floyd, Ahmaud Arbery and Breonna Taylor’s deaths — coupled with the call made on Christian Cooper in Central Park and the arrest of CNN’s Omar Jimenez while reporting about the Minnesota riots on-air — have sparked national outcry over racism and heightened the Black Lives Matter movement.

Protests heard around the nation 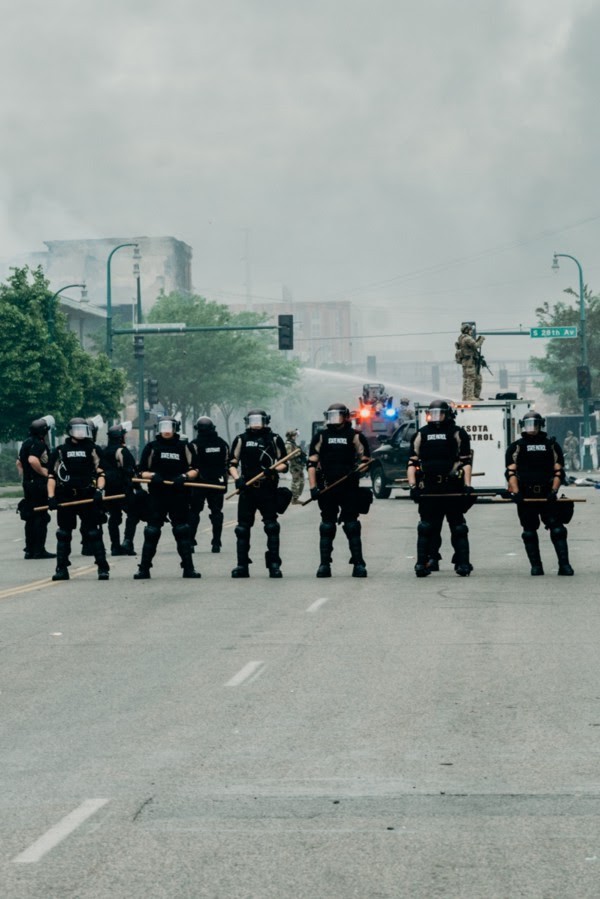 Protesters have gathered all over the U.S. for several days despite stay-at-home advisories during the world’s deadliest outbreak — most prominently in South Minneapolis at the site of Floyd’s death, where demonstrations have escalated from chanting to rock-throwing, fire-starting to business-looting, culminating in setting a police precinct ablaze. Officers fired back with tear gas and rubber bullets, spurring a shooting death.

Minneapolis Mayor Jacob Frey and Minnesota Governor Tim Waz have called for riots to end, with the mayor instituting an 8 p.m. curfew and the governor fully activating the state’s National Guard. National leaders from both parties have condemned the killing, calling for swift legal action and security of black Americans. And President Donald Trump called for a Justice Department investigation — then tweeted that the protestors were “thugs”; that when the “looting starts, the shooting starts.” 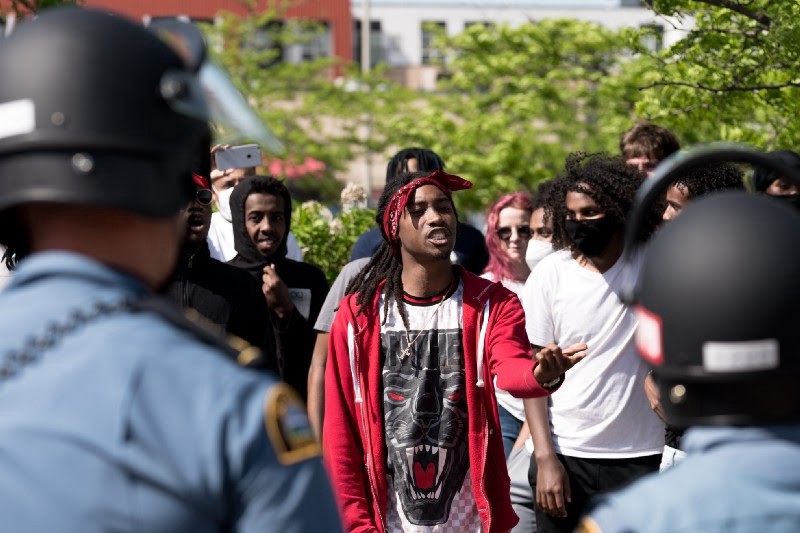 Protesters confront police in front of the Target at The Midway in St. Paul, Minnesota. (Lorie Shaull/Flickr)

This isn’t the first time the predominantly white Minneapolis Police Department has come under fire for excessive force on African-American residents. Black people accounted for more than 60% of the victims in the city’s police shootings from 2009 through 2019, department data shows.

Lack of discipline against these crimes has repeatedly garnered the national spotlight, including the 2015 death of Jamar Clark, in which no charges were held against the officer at-fault. In the 2016 slaying of Philando Castile, the officer was fired but acquitted of second-degree-manslaughter.

1% of complaints made about police officers have resulted in disciplinary action since 2012, the New York Times reported.

Chauvin’s record is muddy as well 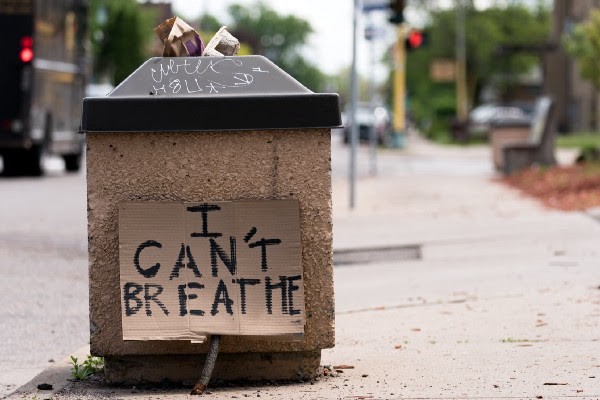 The arrested ex-officer shot and killed a man who was trying to grab an officer’s gun in 2008; he was at least witness to two other shootings, one of them fatal.

That and Chauvin had 18 other complaints raised against him during his 19-year tenure on the police force, two of which closed with discipline.

If convicted of third-degree murder and second-degree manslaughter, Chauvin would face up to 35 years in prison.Now, the evidence mounted against him and the three other officers includes cell phone videos, body-camera footage, witness statements, a preliminary report from a medical examiner and expert opinion.